My very first time writing to the Royals was for Prince George's 1st birthday. It was very exciting to write to the Royals for the 1st time. And little did I know that I would continue to do this for years to come.

The envelope is the typical from the British Royals. It features the red EIIR postmark from the Court Post Office at Buckingham Palace.

The back of the envelope features Prince William's red monogram. In 2014, William & Kate used William's monogram on all their joint replies. The British Royals aren't big on joint monograms. They do use them occasionally, but more often they just use the monogram of the more senior royal. 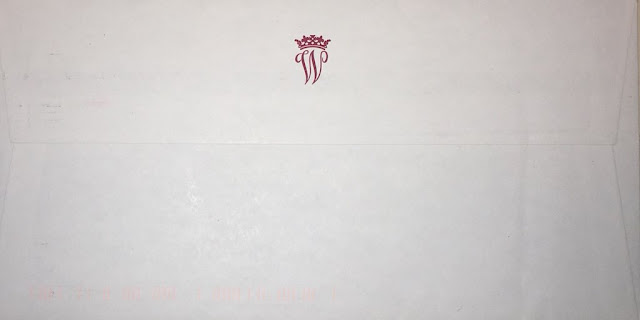 The reply is the typical from Clarence House, a postcard size photo with a typed message on the back. The photo is from Prince George's Plunket Playgroup during the family's 2014 New Zeland Tour. The photo was taken by Simon Woolf, who was the New Zealand government's official photographer for the tour. Duchess Kate said this was one of her favorite photos from the trip. 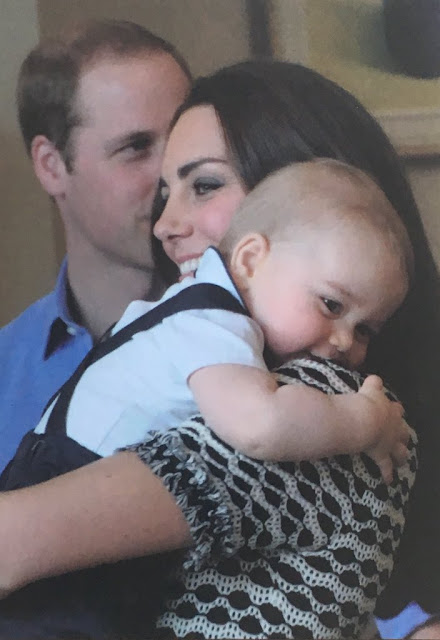 The message is the usual type of thing from Clarence House. I do like that they included Prince George's age in the message. 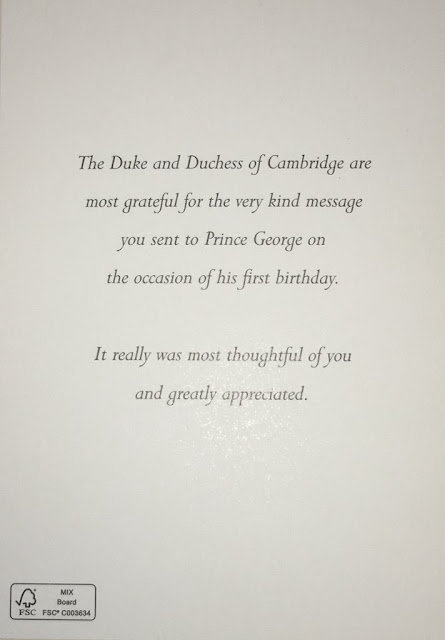 The message reads:
The Duke and Duchess of Cambridge are most grateful for the very kind message you sent to Prince George on the occasion of his first birthday.

It really was most thoughtful of you and greatly appreciated.

Back to Replies - Main Page
Posted by Gert's Royals at 3:45 PM