I've been waiting for this reply for a while. I saw a few people got their responses in the last few weeks and so, I was very eagerly awaiting mine. 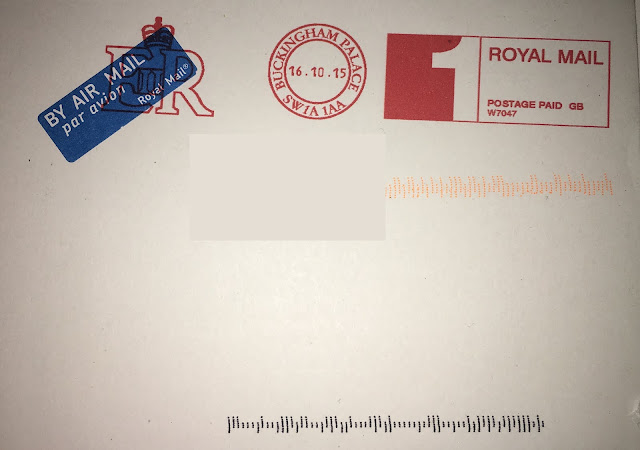 I immediately knew this was from the Cambridges, by Prince William's Wren Press Red monogram on the back of the envelope. For the British Royals, when a couple does something jointly they use the monogram of the more senior royal. Other European Royals use joint monograms. 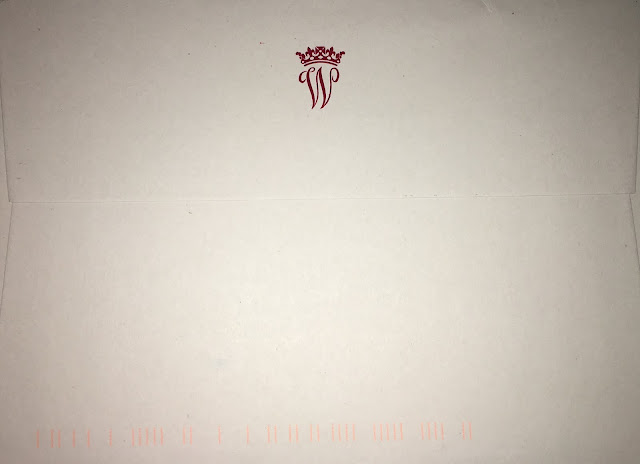 The response was of course for Prince George's 2nd birthday. It is the usual reply from the Cambridges: photo on the front and typed message on the back.

The photo is one taken earlier this year by Duchess Kate. 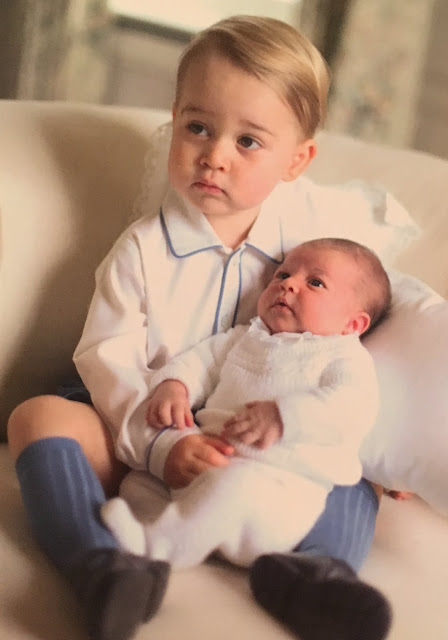 The back of the card features a typed message. 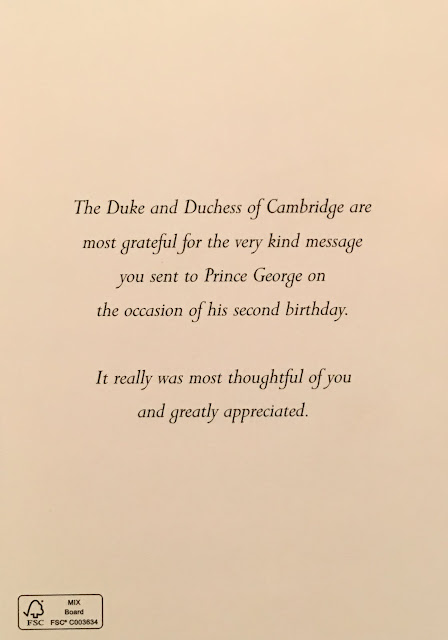 
The Duke and Duchess of Cambridge are most grateful for the very kind message you sent to Prince George on the occasion of his second birthday.

It really was most thoughtful of you and greatly appreciated.

Back to Replies - Main Page
Posted by Gert's Royals at 4:13 PM

A lovely reply arrived today from the UK. I had written to The Cambridges in July for Princess Charlotte's Christening.

It's the usual Cambridge/Harry reply.  The picture is, of course, one of the official photographs taken by Mario Testino at Sandringham after the Christening. 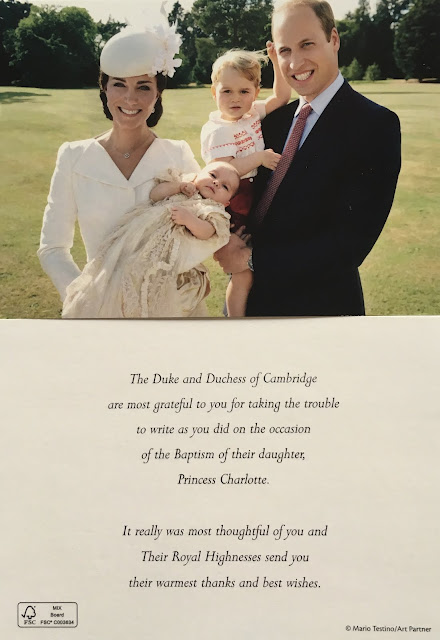 The back of the card says:


The Duke and Duchess of Cambridge are most grateful to you for taking the trouble to write as you did on the occasion of the Baptism of their daughter, Princess Charlotte.

It really was most thoughtful of you and Their Royal Highnesses send you their warmest thanks and best wishes.

Three lovely replies arrived today from the UK. This was the one I waited longest for, Prince William's birthday. He turned 33 in June. It is the usual reply for the Cambridges/Harry. A postcard size card with a picture on the front and a typed message on the back.

The picture on the front was taken by Victoria Dawe and is from shoot for the Queen's Young Leaders' video message William and Harry did early this summer. The video was released June 15th. 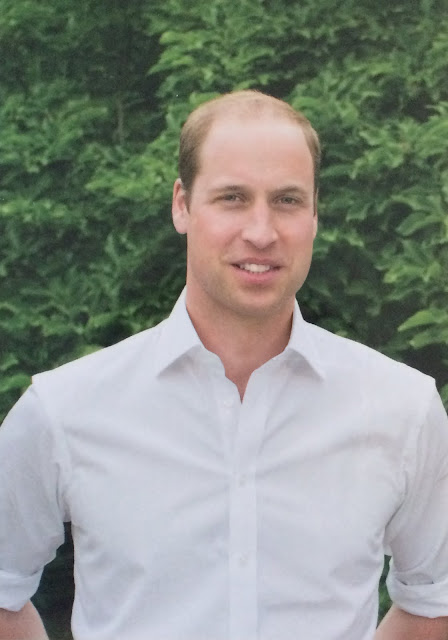 The message on the back in is pretty much the exact same as the message from Kate's birthday this year, and Harry's last year. 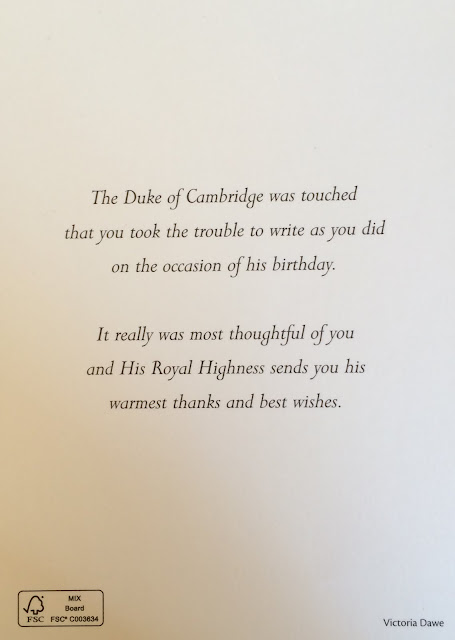 The Duke of Cambridge was touched that you took the trouble to write as you did on the occasion of his birthday.

You can see the Queen's Young Leaders' video message here.

Back to Replies - Main Page
Posted by Gert's Royals at 4:49 PM

A reply arrived today from Sweden. I had written to Prince Carl Philip and Princess Sofia of Sweden following their wedding in June. And finally 4 months later I received a beautiful reply from the couple.

The envelope is pretty standard for replies from Sweden. It does not have a monogram or cypher on the back like you often see with other royal mail. 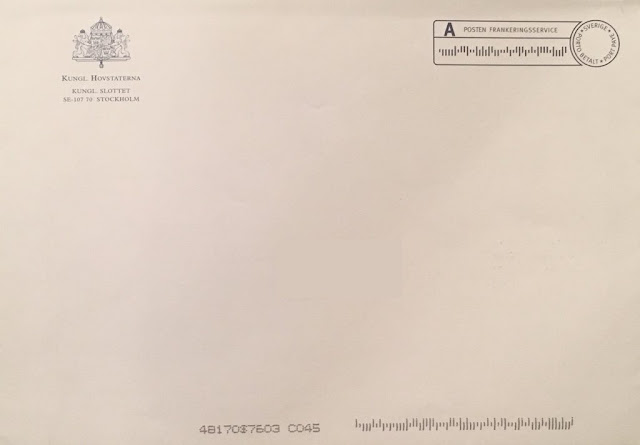 Inside is a very lovely card. The front features the couples joint monogram. 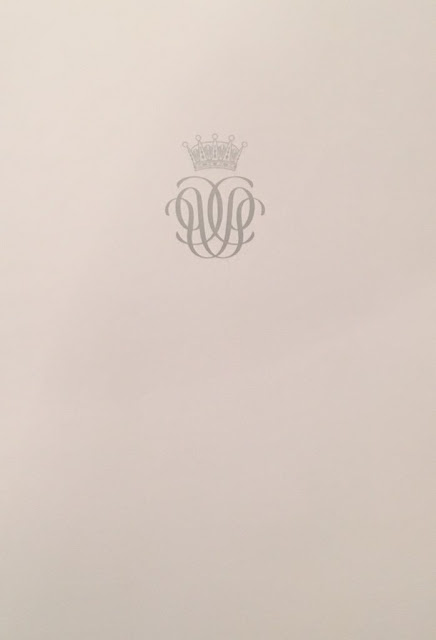 Inside the card was a typed message and photo of the couple. The photo is from the set of official photos taken at the Palace after their wedding. Underneath the photo is the couple's wedding date. 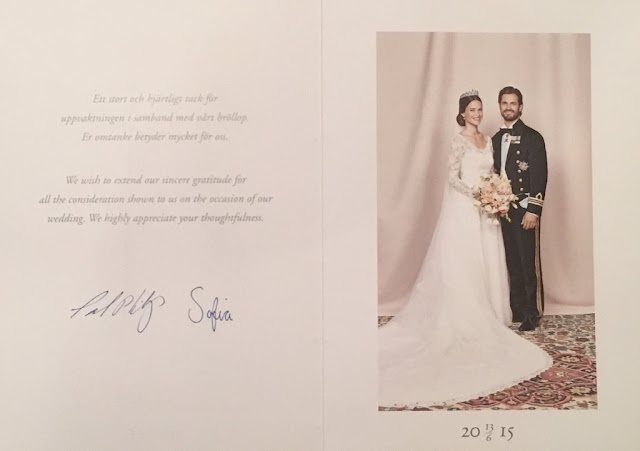 The message is bilingual, in Swedish and English, and says:


We wish to extend our sincere gratitude for all the consideration shown to us on the occasion of our wedding. We highly appreciate your thoughtfulness.

The signatures were printed on to the card, not handwritten.

Back to Replies - Main Page
Posted by Gert's Royals at 4:33 PM

Queen Paola of Belgium - Get Well Soon Thank You Reply (2015)


Today a piece of royal mail arrived. By all appearances, it certainly looked underwhelming. It lacked the pomp and circumstance of other pieces of royal mail and the crown on the back of the envelope is the smallest I have seen. 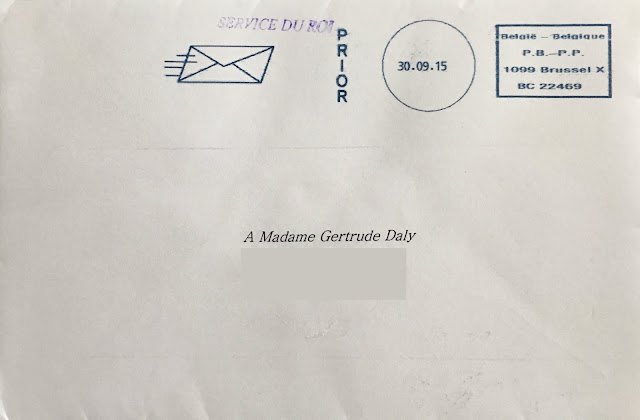 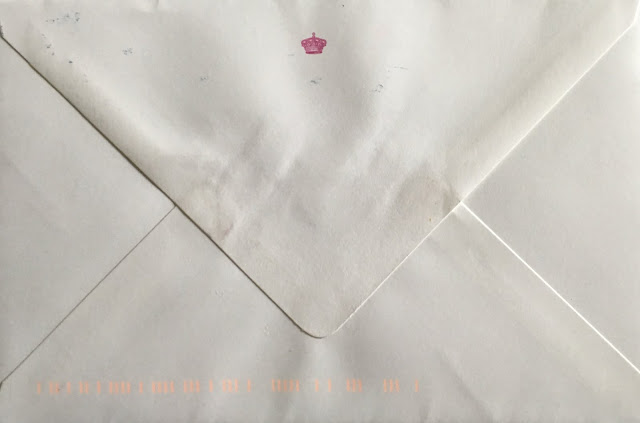 I certainly wasn't expecting to find what is probably one of the most favorite pieces of royal mail.

I had written to Queen Paola of Belgium after it was announced in August that she was taking a period of “total rest” under doctors' orders, and would be canceling all further engagements. It was reported by a number of papers that Queen Paola had suffered a stroke, but the Palace made no comment. She has yet to resume official duties.

Queen Paola is the mother of King Philippe of Belgium. Her husband, King Albert II, abdicated in 2013.

Inside the envelope is a flat card. The front is pictured below, and features a number of messages for all occasions in a number of languages. 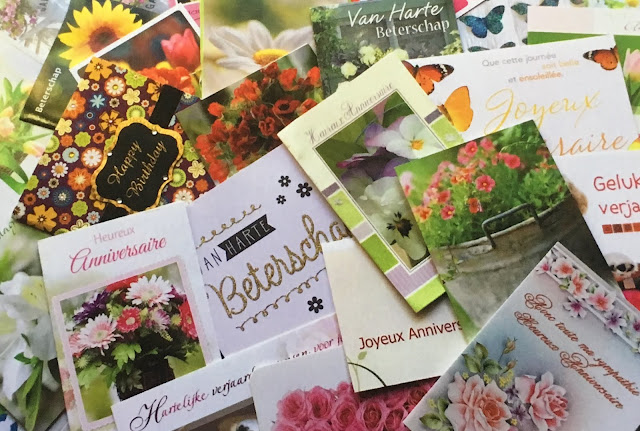 The back of the card features Queen Paola's monogram and a picture of her, with a message from Queen Paola. The message is actually printed on the card. 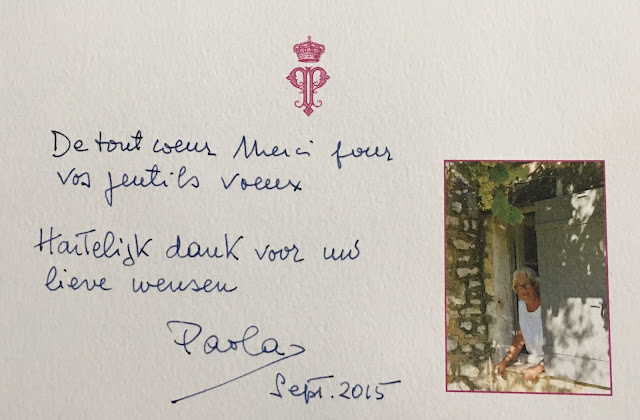 The message is bilingual, writing in French and Dutch, both official languages of Belgium. The message translates roughly:


Wholeheartedly thank you for your kind wishes.

A lovely reply arrived yesterday from the UK. I wrote to Princess Beatrice in early August for her 27th birthday. 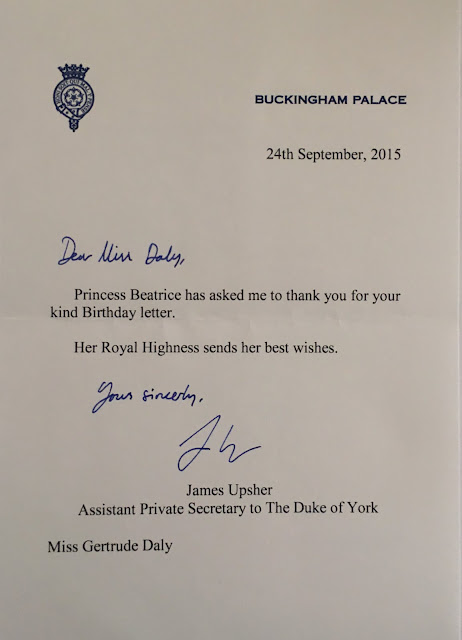 Princess Beatrice has asked me to thank you for your kind Birthday letter.

Yours sincerely,
James UpsherAssistant Private Secretary to The Duke of York


The reply was written on September 24th, but wasn't mailed till the following week. The reply arrived 65 days (just over 2 months) after I had sent my letter. This is a pretty standard response time.