Letters from the Queen are always extra special when they are sent from Sandringham!

I had written to The Queen and Prince Philip for Christmas, and as you may know, they spend their holiday break at Sandringham. The envelope is exactly the same as the ones from Buckingham Palace, except for the postmark. The back of the envelope features the Queen's Coat of Arms (seen below on the letter).

The letter arrived yesterday and took a little longer to arrive than normal, partly because I just moved and my mail is getting forwarded. A February reply for a Christmas note is perfectly reasonable. The Queen's staff are obviously very busy before Christmas, then on holiday and then taking a while to catch up on everything. I'm still waiting on a few more Christmas replies, which I hope/would expect by the end of the month.

Inside the envelope is a letter written by Mary Morrison, one of the Queen's Ladies in Waiting. Instead of the usual Buckingham Palace under the Queen's coat of arms, it says Sandringham House. 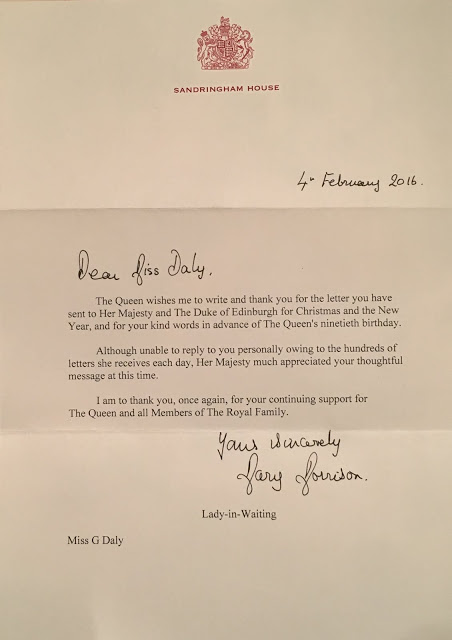 The Queen wishes me to write and thank you for the letter you have sent to Her Majesty and the Duke of Edinburgh for Christmas and the New Year, and for your kind words in advance of The Queen's ninetieth birthday.

Although unable to reply to you personally owning to the hundreds of letters she receives each day, Her Majesty much appreciated your thoughtful message at this time.

I am to thank you, once again, for your continuing support for The Queen and all Members of The Royal Family.

From the reply, it's quite clear that Mary Morrison read my letter. The letter mentions that I had written to both the Queen and Philip. (I have written to both of them before, but this is the 1st reply I have gotten that acknowledges that.) It also mentions my "kind words" in advance of the Queen's 90th this year, as well as me talking about the royal family as a whole, which are not things every letter written to the Queen for Christmas are going to mention.

I know the Queen is given a selection of letters and cards to read over her Christmas break at Sandringham. Who knows if my letter was actually one of those. My letter may have just ended up at Sandringham because the Queen's Ladies-in-waiting wanted letters to reply to when they had a little downtime.

Back to Replies - Main Page
Posted by Gert's Royals at 6:39 PM

Yesterday, I get this in the mail, a thank you from Prince Albert and Princess Charlene of Monaco for the letter I sent them for the birth of their twins, Crown Prince Jacques & Princess Gabriella!

The envelope is textured and really nice quality. The back features the couple's joint monogram. 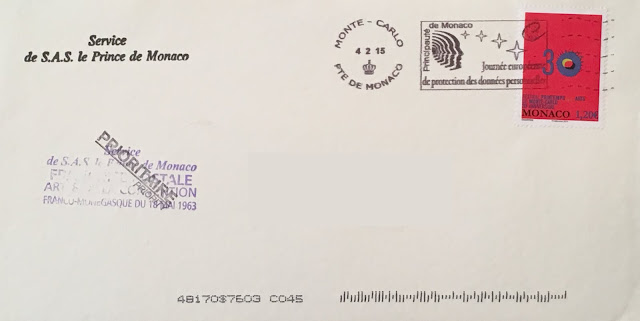 Inside is a note written in both French and English. The paper has the same texture as the envelope. 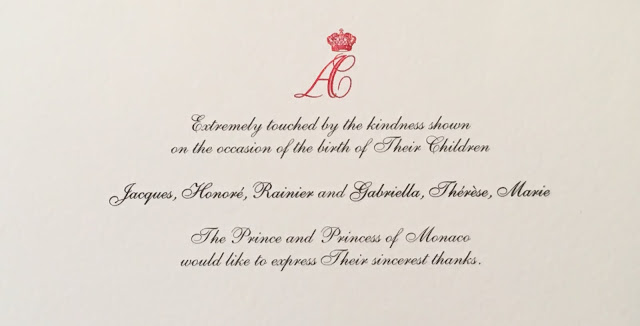 
Jacques Honoŕe Rainier and Gabriella Thérèse Marie
The Prince and Princess of Monaco would like to express Their sincerest thanks.

It finally arrived! I have been waiting for a reply for my Christmas letter to William and Kate for a long time, at least 6 weeks. I usually get a response much sooner, but over the Holiday Season, response time is slower. I actually received a reply for my birthday letter to Kate before I received this. 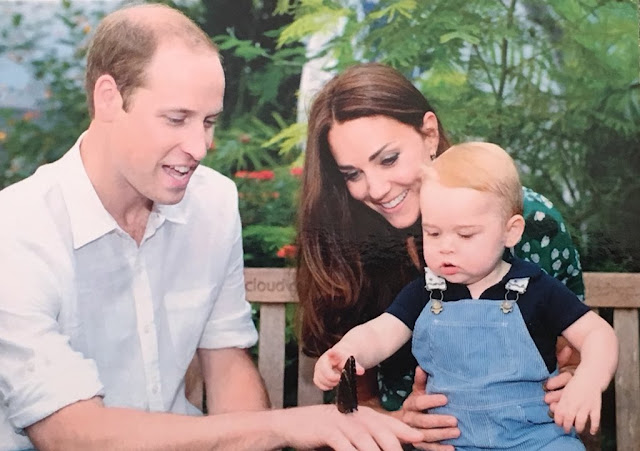 The photo on the front of the card was released for Prince George's first birthday in July and was taken by John Stilwell. 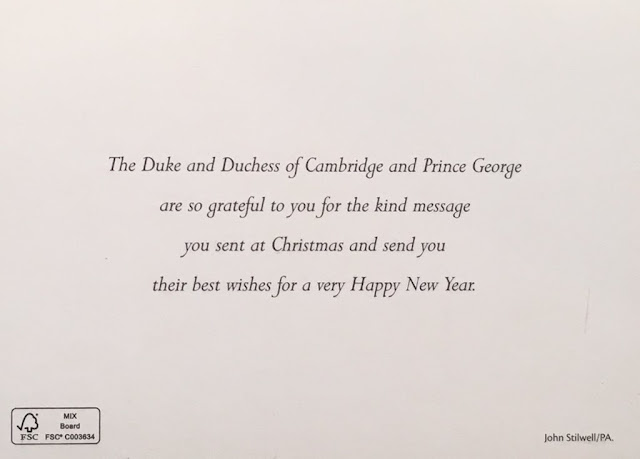 The message on the back of the card says:


The Duke and Duchess of Cambridge and Prince George are so grateful to you for the kind message you sent at Christmas and send you their best wishes for a Happy New Year.

Back to Replies - Main Page
Posted by Gert's Royals at 1:31 PM