A lovely reply arrived last week from the UK. I had written to Prince William and Prince George for their birthday. I don't remember if I had written for both birthdays in one letter, or sent separate letters.

The envelope is the usual for the British Royals, featuring the postmark from the Court Post office at Buckingham Palace. 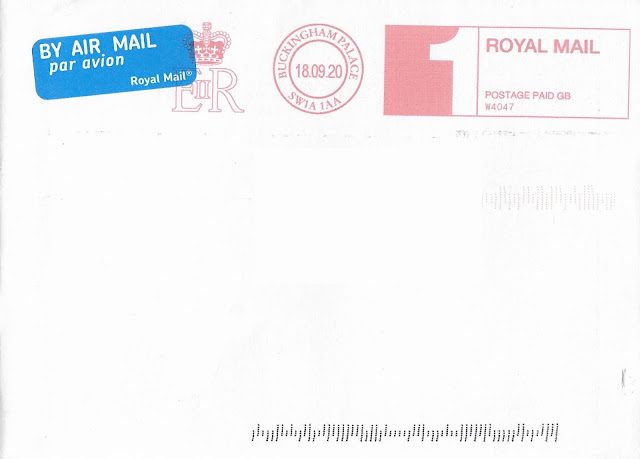 The back of the envelope is the usual from The Cambridges, featuring a black crown (technically the coronet of the child of the Prince of Wales) over Kensington Palace. 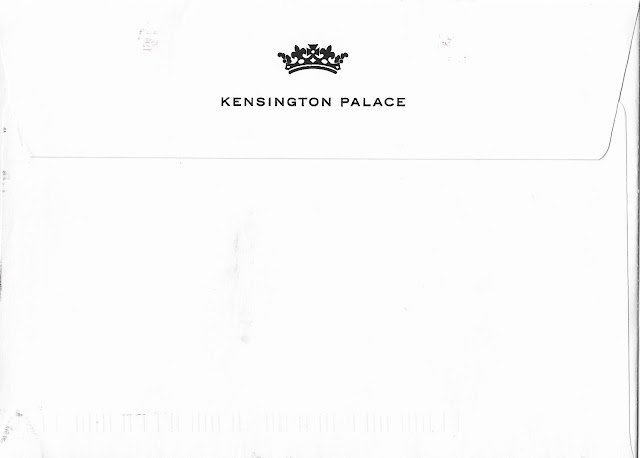 The front of the card features a photo of Prince William taken by Norman Jean Roy for the July 2017 cover of British GQ.  This photo has been used on William's birthday reply for the last 4 birthdays. 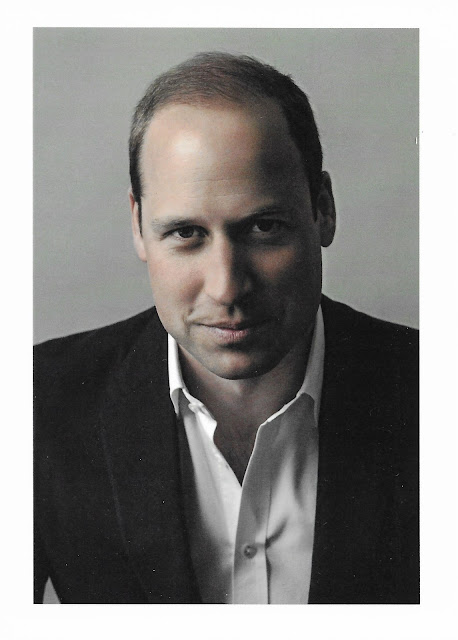 The back of the card has a typed message. The message is identical to last year's birthday reply except for William's age. 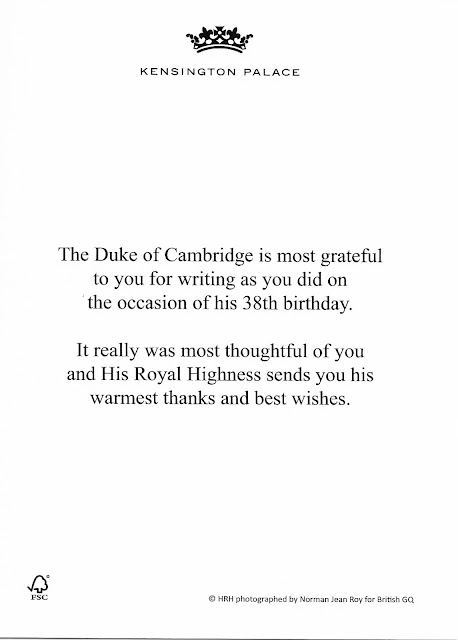 The Duke of Cambridge is most grateful to you for writing as you did on the occasion of his 38th birthday. It really was most thoughtful of you and His Royal Highness sends you his warmest thanks and best wishes. 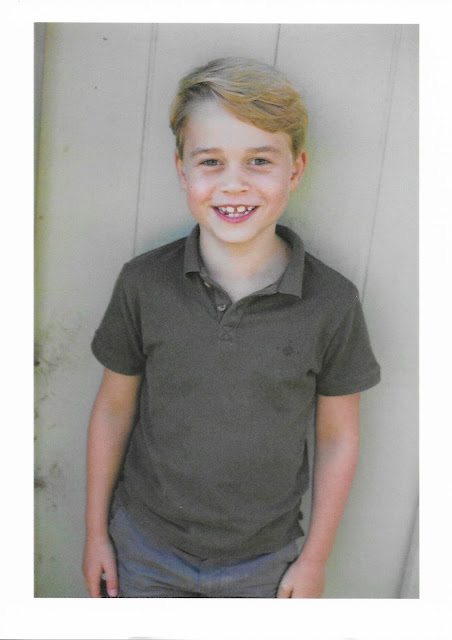 The back of the card features a typed message. The message is identical to last year's birthday reply except for George's age. 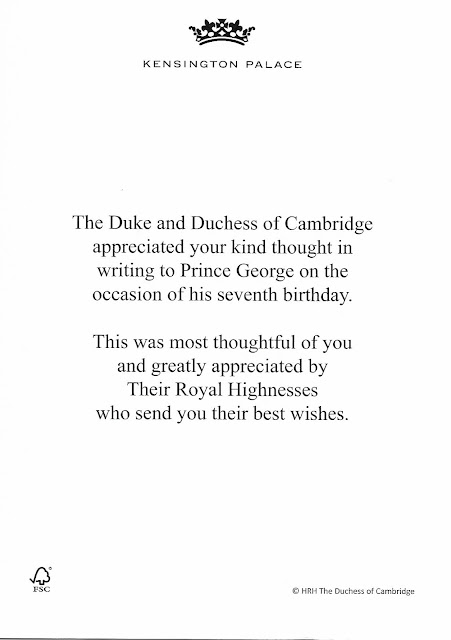 The Duke and Duchess of Cambridge appreciated your kind thought in writing to Prince George on the occasion of his seventh birthday.

This was most thoughtful of you and greatly appreciated by Their Royal Highnesses who send you their best wishes.

A lovely reply arrived this week from Luxembourg. I had written to Prince Guillaume and Princess Stephanie to congratulate them on the birth of their son, Prince Charles.
The front of the envelope is the usual. The bottom left says "Service of the Grand Duke" in French. 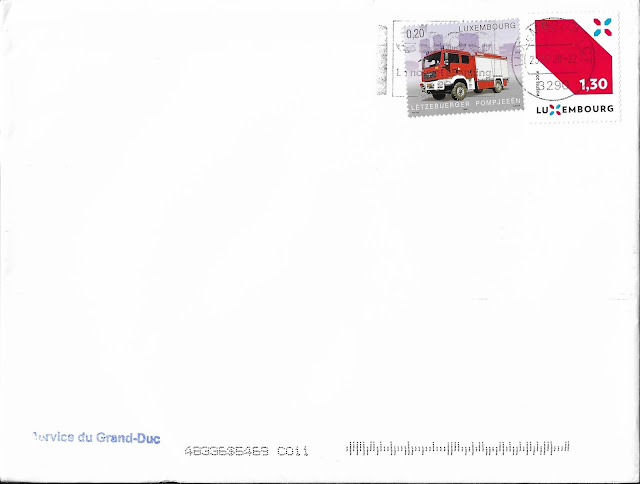 The back of the envelope features the Grand-Ducal Crown in blue. 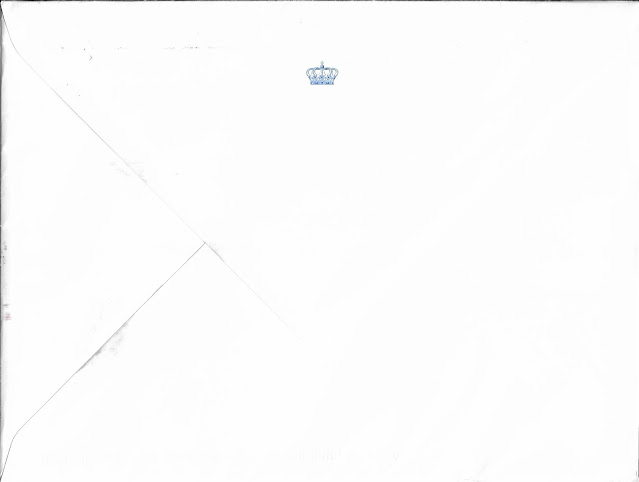 Inside is a card from the couple. The front of the card features the Greater Coat of Arms of Prince Guillaume. I think it is especially lovely that they used a version that is hand drawn/painted. You till notice that the supporters on the Coat of Arms are both lions and on the shield are 4 more lions. 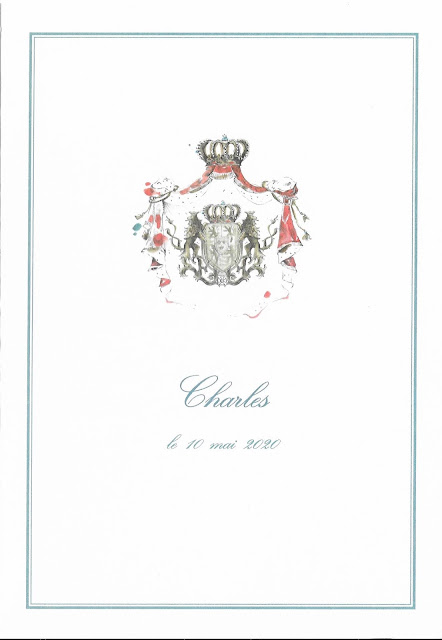 The inside of the card features a lovely photo of Prince Charles. This photo was part of the set of photos released a few days after the Prince's birth. The photos were taken by Céline Maia at the Grand Duchess Charlotte Maternity Hospital before the little prince was taken home. 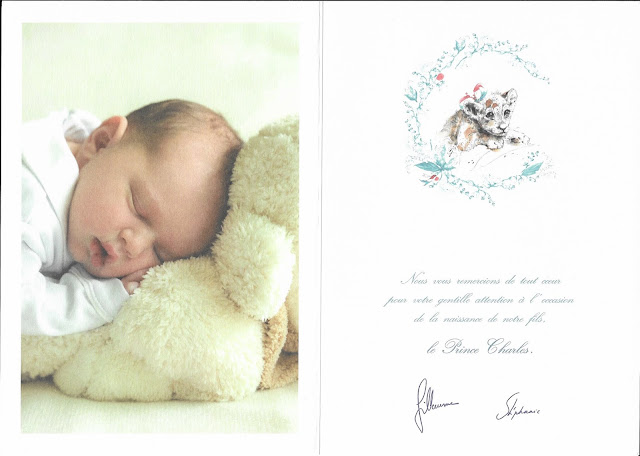 The other side of the card features a lovely drawing/painting of a baby lion, with a bow in the colors of the Luxembourg flag. The drawing features a lion as it on the different Luxembourg Royal Coat of Arms. You till also notice the wreath of flowers is shaped in a "c" for Charles. 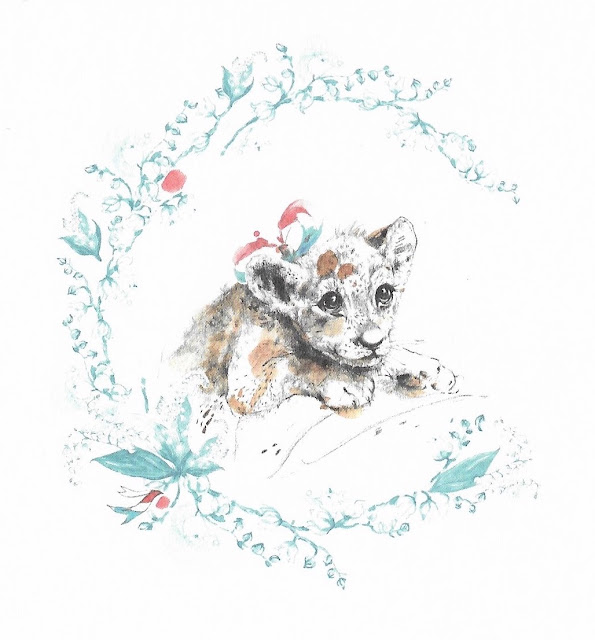 The message is in French, one of Luxembourg's official language. The signatures are printed on.
The message says,

We sincerely thank you for your kind attention on the occasion of the birth of our son, Prince Charles.
Guillaume        Stephanie