I got this reply from the UK. This was the first time I had written to just Camilla.

There were a few things going on at the time that I wrote to Camilla about, her upcoming Tour of the USA with Charles & her 10th Wedding anniversary. 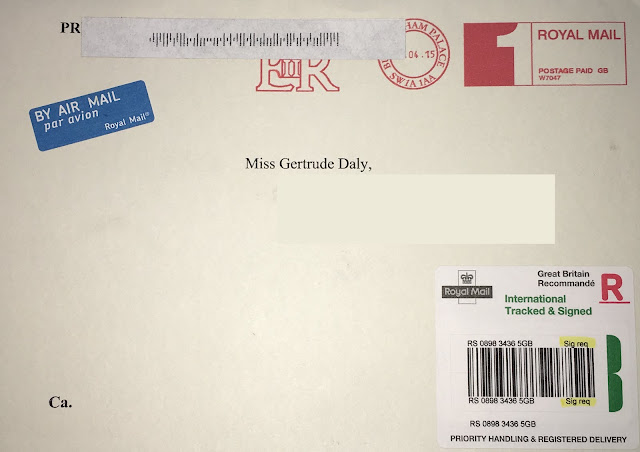 What is really interesting about this reply is it was sent by registered mail. This means it was tracked and I had to sign for it. 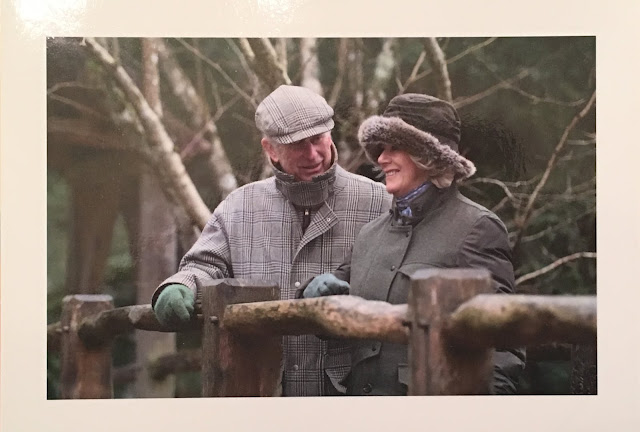 The card inside is twice the size as the ones usually sent by William, Kate and Harry. The picture was originally released for an interview that Charles gave to CNN prior to the couple's tour of the USA in March.

The back of the card has a simple typed message, hand signed by Camilla herself. Camilla is well known for often writing back herself, or personally signing cards. I know a handful of people you have received personal responses from the Duchess. 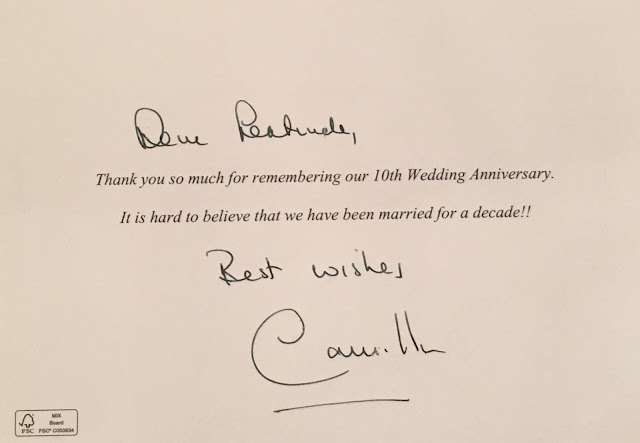 Thank you so much for remembering our 10th Wedding Anniversary.

It is hard to believe that we have been married for a decade!!

This is probably one of my favorite response I have received from the Royals so far.

Back to Replies - Main Page
Posted by Gert's Royals at 5:24 PM