Today I received a reply from Prince Charles for the letter I sent for his Birthday earlier this month. The reply is the usual we see from Clarence House, postcard-sized photo, with typed message on back. 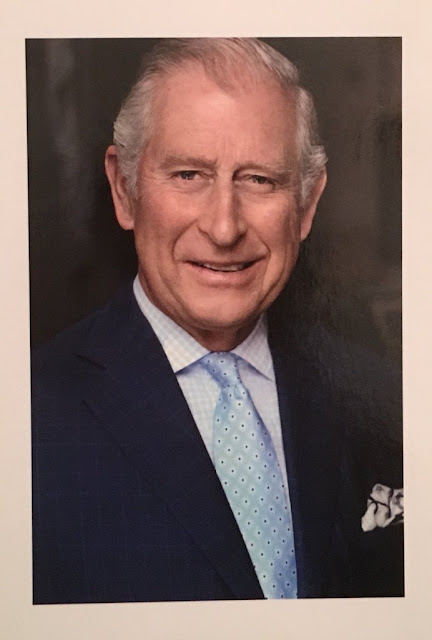 The photo was taken by Mario Testino at Clarence House earlier this year. Mario has photographed practically everyone in the royal family, as well as numerous foreign royals. He took William & Kate's official engagements photos and Princess Charlotte's christening photos.

Clarence House had previously released a photo from this session for Duchess Camilla's 70th Birthday.

To mark HRH The Duchess of Cornwall's 70th Birthday, we are releasing this new portrait, taken by @MarioTestino. pic.twitter.com/tD05etWVl8
— Clarence House (@ClarenceHouse) July 16, 2017

The message on the back is similar to past year, but they've changed up the wording. 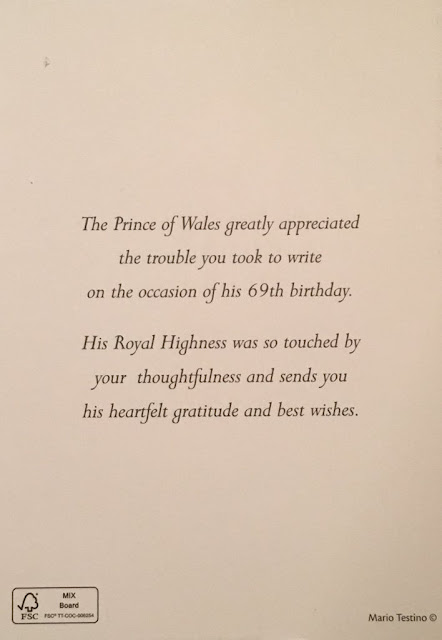 
The Prince of Wales greatly appreciated the trouble you took to write on the occasion of his 69th birthday. His Royal Highness was so touched by your thoughtfulness and sends you his heartfelt gratitude and best wishes.

With the card came a letter from Claudia Spens, Head of the Correspondence Section at Clarence House. 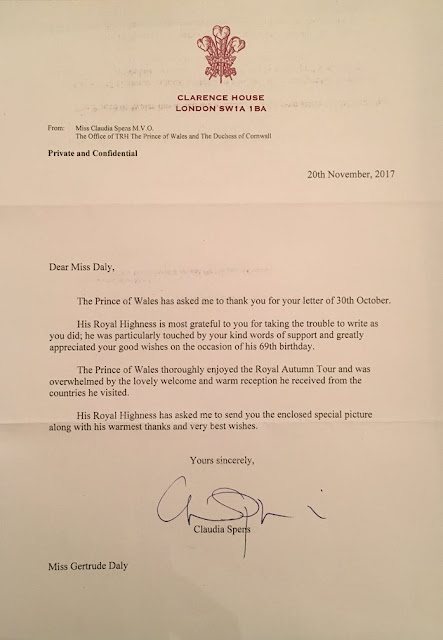 The Prince of Wales has asked me to thank you for your letter of 30th October.

His Royal Highness is most grateful to you for taking the trouble to write as you did; he was particularly touched by your kind words of support and greatly appreciated your good wishes on the occasion of his 69th birthday.

The Prince of Wales thoroughly enjoyed the Royal Autumn tour and was overwhelmed by the lovely welcome and warm reception he received from the countries he visited.

His Royal Highness has asked me to send you the enclosed special picture along with his warmest thanks and very best wishes.

Back to Replies - Main Page
Posted by Gert's Royals at 7:15 PM

Today I received a reply from Belgium. I had written to Princess Elisabeth for her 16th birthday earlier this month. I don't normally write for children's birthdays (except if they are one of my favorite like Prince George or Princess Charlotte). But this was sort of a milestone birthday, being her Sweet 16, and I was getting all emotional thinking about how she's almost an adult. It is hard to believe in 2 short years she will be 18 years old.

The reply is the typical thing you see from the Belgium Royals, a pre-made card and photo (although, they don't always send a photo). 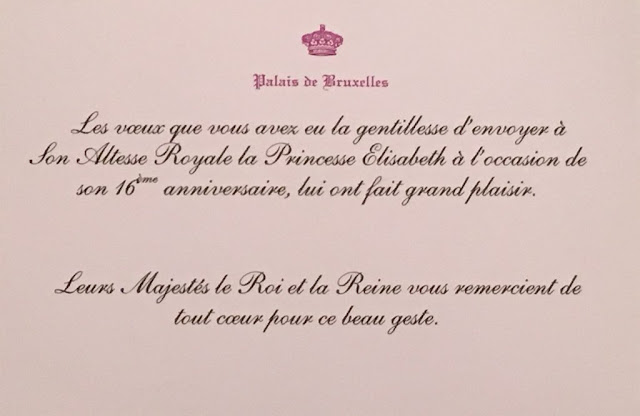 The message is in French. Translated the message reads:


The wishes that you were kind enough to send to Her Royal Highness Princess Elisabeth on the occasion of her 16th birthday, have given her great pleasure.


Their Majesties the King and the Queen thank you with all their heart for this beautiful gesture.

The photo is part of a set released for Princess Elisabeth's birthday. No details on the photo. But given the green glass door and plants, I assume this was taken at the Royal Greenhouses in Laeken. 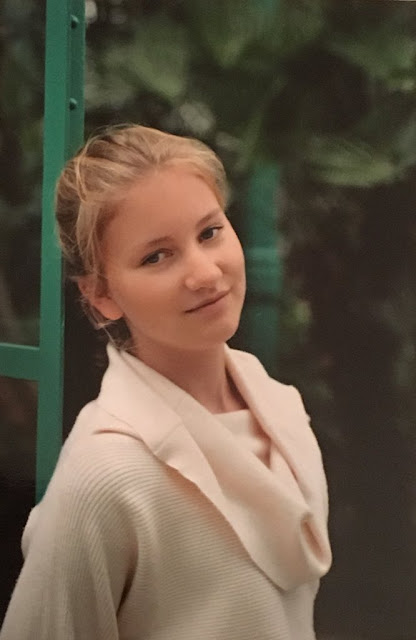 Back to Replies - Main Page
Posted by Gert's Royals at 7:14 PM