This is the smallest piece of Royal Mail I have ever received. It came in a cute little envelope, which you can see compared the Cambridges' usual envelope for their photo replies. 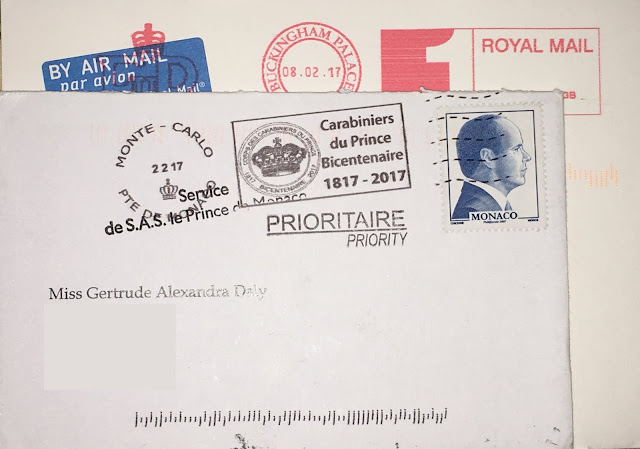 This postmark coincides with Palace Guards' celebration of their Patron Saint on 20 January, Saint Sebastian's Day.

The stamp is just the classic overseas stamp of Prince Albert. It was originally published in 2006 and is still in print.

Inside is a very lovely card. As I said the smallest piece of Royal Mail I have ever received.

This is 1st reply I've gotten to Caroline. I did write for her birthday last year, but did not get a reply. 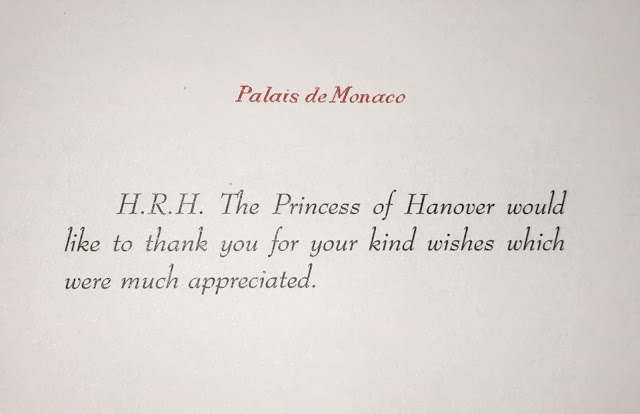 The card says:
Palace of Monaco
H.R.H. The Princess of Hanover would like to thank you for your kind wishes which were much appreciated.