Condolence Reply from Princess Anne for Death of Prince Philip (2021)

A lovely, but sad reply arrived today from the UK. I had written to Princess Anne & Sir Tim to express my deepest condolences following the death of Prince Philip. This is the first condolence reply I have received following Philip's death.

The envelope is the usual from the British Royals and features the postmark from the Court Post Office at Buckingham Palace.
The back of the envelope is blank, which is what we have seen from Princess Anne since her office switched from ending letters to flat cards last year. 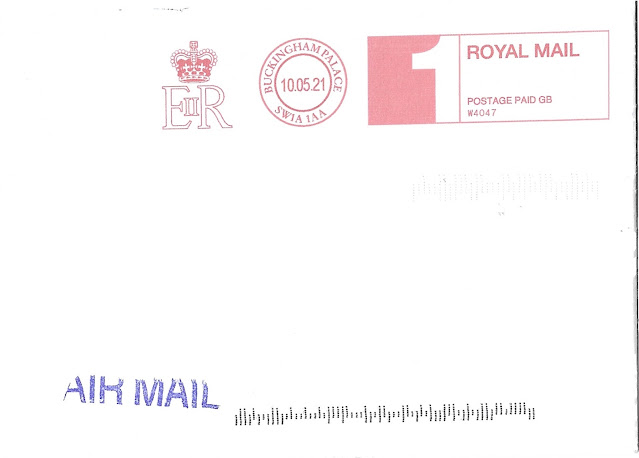 Inside is a flat card with a typed message. The card has a black border, with is a mourning tradition popularized in the Victorian Era. I have always found the black mourning border to be very lovely. The top of the card features Princess Anne's monogram, an "A" under the Coronet of the Child of the Sovereign. This same coronet is used on Princess Anne's Coat of Arms. 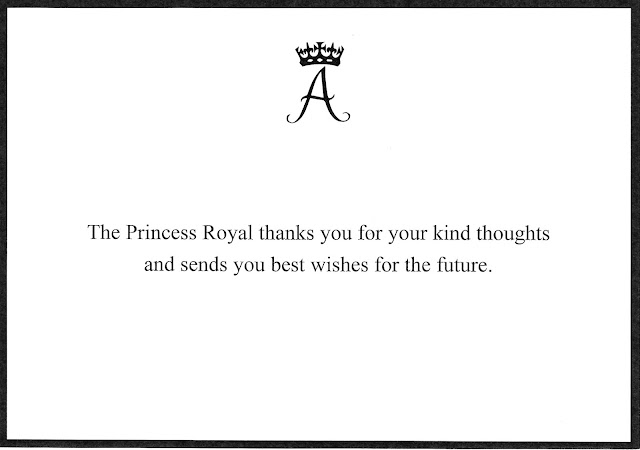 The Princess Royal thanks you for your kind thoughts and sends you best wishes for the future.

The message is pretty generic and makes no specific mention to Prince Philip.