The two replies I received are pretty much exactly the same. I have received a double reply a few times over the years.

The two envelopes are identical. Printed on the envelope is a circle with "Office of HM the King - Protocol" along with the King's coat of arms. The envelope is franked with a generic blue "Postage Paid, Letter."

While there is no postmark with a date from Spain, the mail forwarding sticker for the two envelopes are more than a month apart. 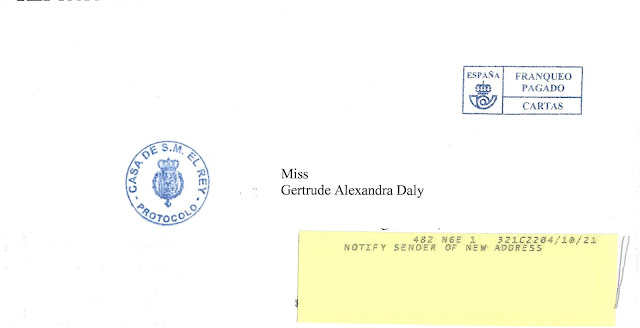 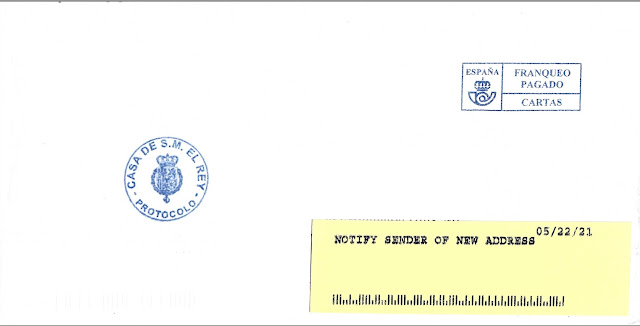 The two letters are identical, except for the way my address is written. On one it is written in all caps and on the second with the first letters capitalized. The letters are dated February 24th, which doesn't seem to line up with the dates I received the replies. As this is a generic letter that they just swap the recipient's name and address, it is likely they just forgot to update the date (that is a common error we see). 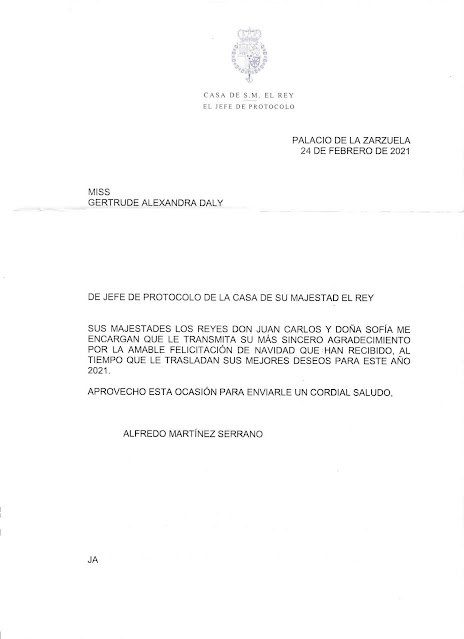 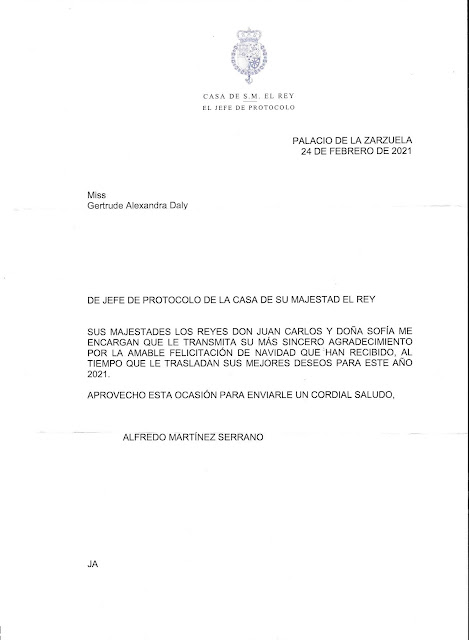 House of HM the King
The Chief of Protocol
Zarzuela Palace
Feburary 24th, 2021
Miss Gertrude Alexandra Daly
[My Address]
From Chief of Protocol of the House of His Majesty the King,
Their Majesties King Don Juan Carlos and Queen Sofia entrust me to convey their most sincere thanks for the kind Christmas greetings they have received, while they convey their best wishes for this year 2021.
I take this opportunity to send you my best wishes,
Alfredo Martinez Serrano

Back to Replies - Main Page
Posted by Gert's Royals at 7:01 PM