My first reply of 2019 arrived today from Belgium! I had written to King Albert & Queen Paola to wish them a very Merry Christmas.

The envelope is interesting. First, it's missing it's postage & postmark. I am a bit amazed it managed to get to me without postage, and I rather like how clean the envelope looks without the postmark. 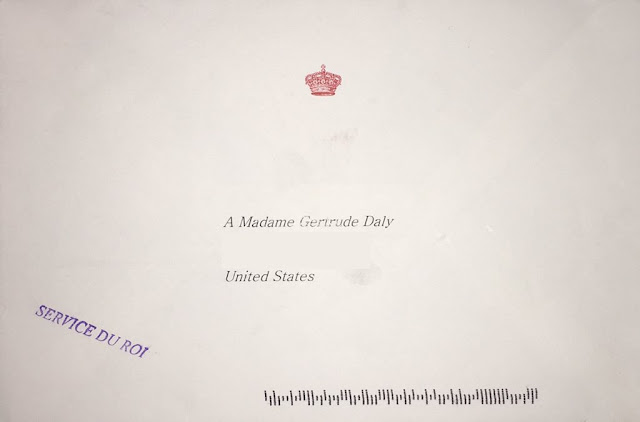 The other thing I find interesting about the envelope is that I haven't received this design before, with the red crown on the front. I counted, this is my 23rd reply from the Belgium Royals and this is the 11th different design of envelope I've received in 4 years. (This is counting all my replies from the Belgium Royals, not just Albert & Paola)

The Belgium Royals' frank their own mail, with a machine. So, it was some mistake in their office, which is understandable given how much mail they get. This is what it normally looks like: 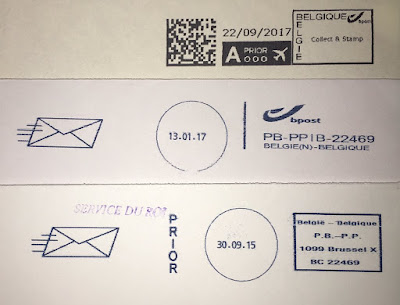 King Albert & Queen Paola Christmas reply is similar to past years, a flat card with photo on the front and message on the back. Although, it is interesting to see them do things a little different each year. 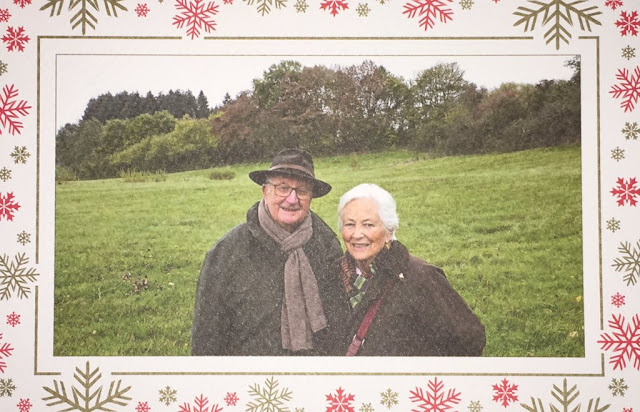 This year's card is smaller than last year, and slightly bigger than the year before. This year King Albert & Queen Paola feature a photo of them in nature. (It is unclear when or where the photo was taken.) And this is the first Christmas reply I've gotten from them with a border design. 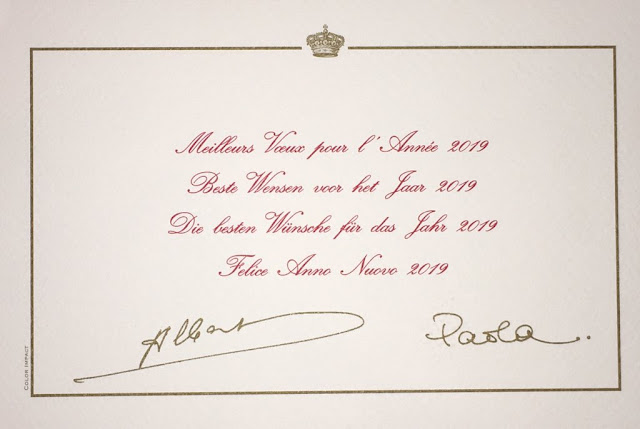 The back of the card features a crown with the message "Best Wishes for the New Year" in Belgium's 3 official languages (French, Dutch, German), and Italian (Paola's native language).

The signatures are printed on and are the same use in past years. I really like that they made the signatures gold to match the boarder. I think it make it look extra elegant.

Back to Replies - Main Page
Posted by Gert's Royals at 1:00 PM