A lovely reply arrived today from the Netherlands. I had written to King Willem-Alexander & Queen Maxima for Christmas.

The envelope is the same as usual from the Netherlands. This time it is an unnecessarily large envelope. 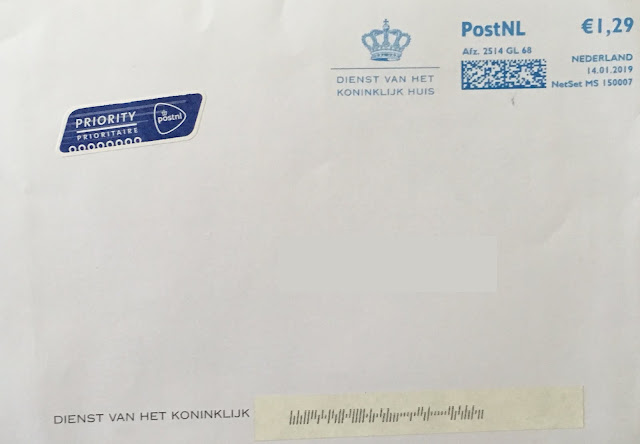 The Christmas reply is the same as past years. King Willem-Alexander & Queen Maxima like to buy a set of Christmas cards in bulk and use them for a few years. So, this year's card comes from the "Winter Wonderland" set they have been using since 2015. There are 5 designs in total.

This year, I got the card with the children ice skating on the front. 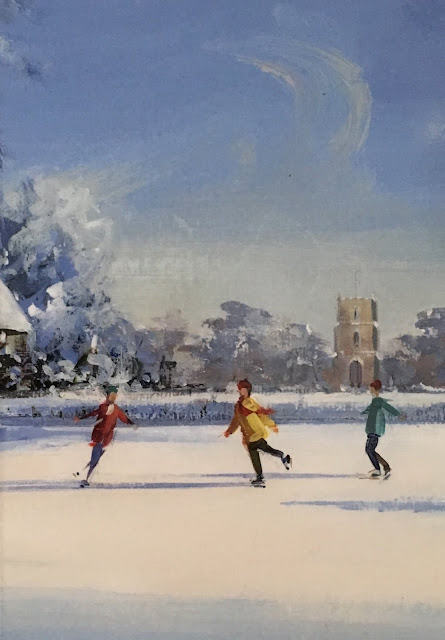 The inside features the same message as past years and is un-dated, which allows them to use the card for multiple years. 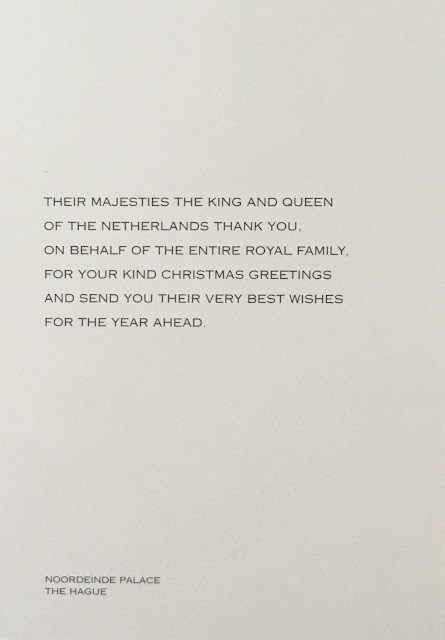 Their Majesties The King and Queen of the Netherlands thank you on behalf of the entire Royal Family for your kind Christmas greetings and send you their very best wishes for the year ahead. 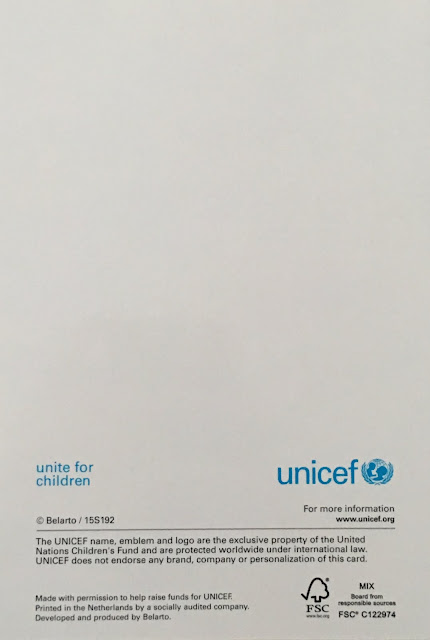 The back of the card features some information about the card. It was produced by Belarto in the Netherlands to raise money for UNICEF (United Nations Children's Fund).

Queen Máxima is currently a UN Secretary General’s Special Advocate. She is working with their Inclusive Finance for Development program, which helps and encourages countries to create financial programs such as savings accounts, insurance, and loans.

You can see the full set of designs for the"Winter Wonderland" Christmas cards here. It looks like this will be last year they will send out cards with this design. I have already seen some people get cards from a set with a new design, called "Kerstdorp" or "Christmas Villiage." It also features 5 designs, you can see them here.

This year was a transition year, as they used up all their old cards, before starting with the new ones. So, if you haven't received your reply yet from King Willem-Alexander & Queen Maxima, you might get one of the new cards.

Back to Replies - Main Page
Posted by Gert's Royals at 1:21 PM