Condolence Reply for Prince Philip from The Queen (2021)

This reply arrived a while ago from the UK. I had written to The Queen to send her my deepest condolences following the death of her husband, Prince Philip.

The front of the envelope is usual from the British Royals. 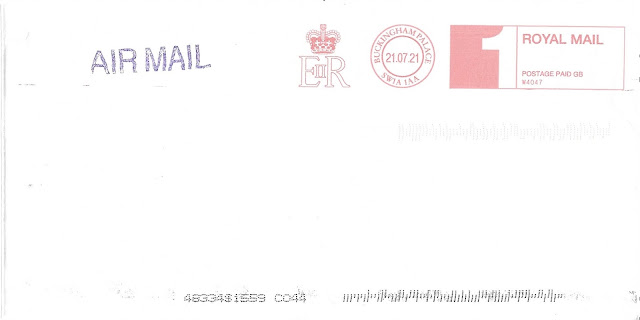 While the back of the envelopes may look like the usual from the Queen, this is actually a special mourning envelope, with her coat of arms in black instead of red. 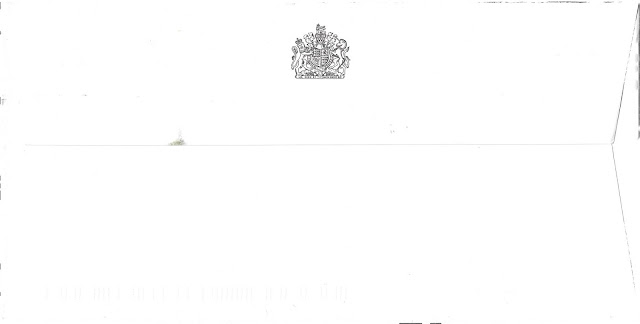 Inside is a folded card. The card is simlar to Queen's 90th Birthday, and Queen & Prince Philip's 70th Wedding Anniversary replies.

The front of the card is identical to The Wessexes condolence card and feature's Prince Philip's badge. The center of the badge is Edinburgh Castle, chosen as a nod to Prince Philip's title, The Duke of Edinburgh. The belt surrounding that is the Order of Garter Belt, with the Orders' motto, Honi soit qui mal y pense (Middle French for Shame on him who thinks evil of it). The badge is topped with the coronet of the child of the sovereign. (Philip started using this coronet when he married Elizabeth and was the son-in-law of the Sovereign. As there is no special coronet for the spouse of a Queen, he kept this.) All of these elements are also features on Prince Philip's Coat of Arms. 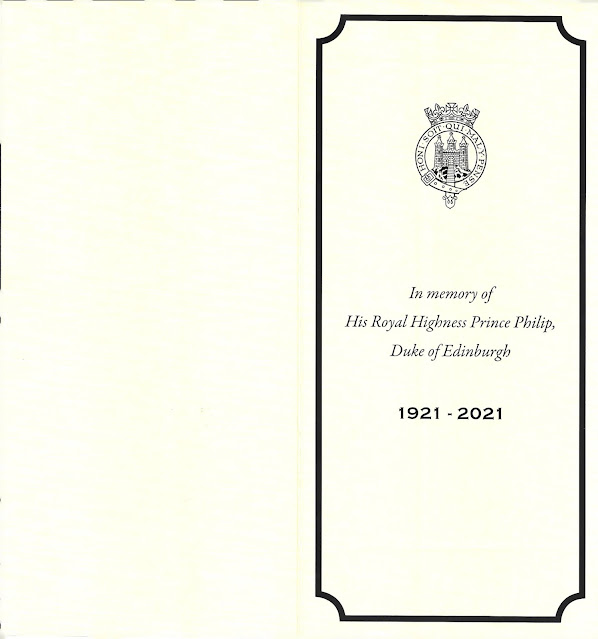 The front of the card says,

Inside is a photo of Prince Philip along with a typed message. The photo was taken by Julian Calder at Buckingham Palace in early 2011. The photo is part of a special set of official photographs by Royal Images. Royal Images is an organization that manages the set of official photos that are available for Royal's charities, government organizations, etc. for official use.
The Palace used another photo from this set for The Queen & Prince Philip's 70th Wedding Anniversary Reply back in 2017. 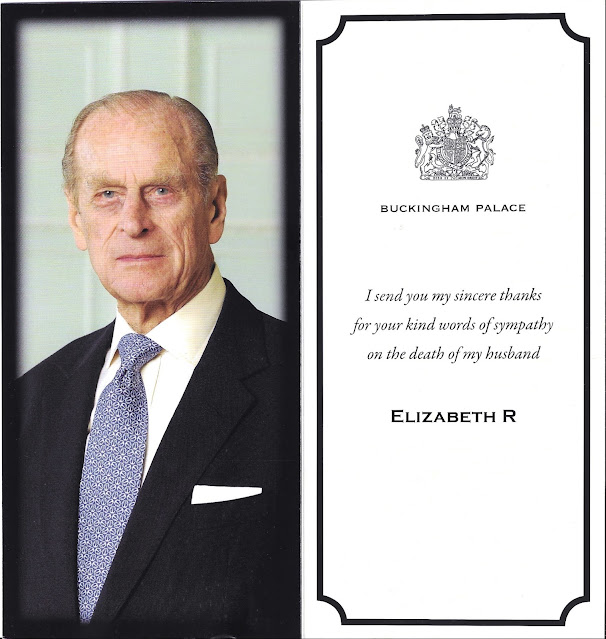 I send you my sincere thanks for your kind words of sympathy on the death of my husband.