A lovely reply arrived today from Spain. I had written to King Felipe & Queen Letizia to wish them a Merry Christmas.

This is the 4th time I had written to the couple for Christmas, but only the 2nd time I've gotten a Christmas reply from them.

The envelope is usual, and feature's the king's coat of arms on the back. 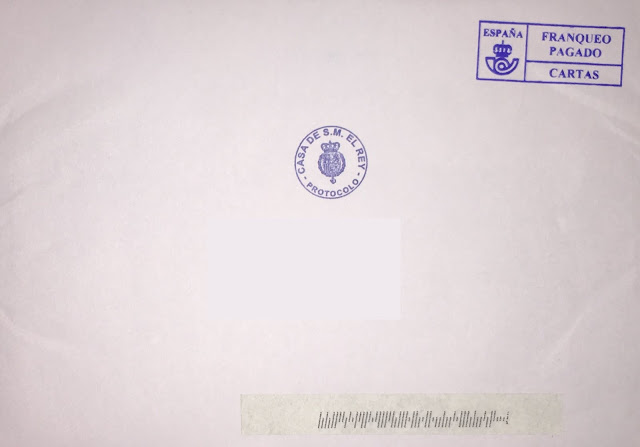 Inside it the couple's Christmas card. It is pretty much the same as last year, with a few differences.

The front of the card features the king's coat of arms, along with a red border. The card is horizontal and is printed on different cardstock than last year. The red ink is also darker. 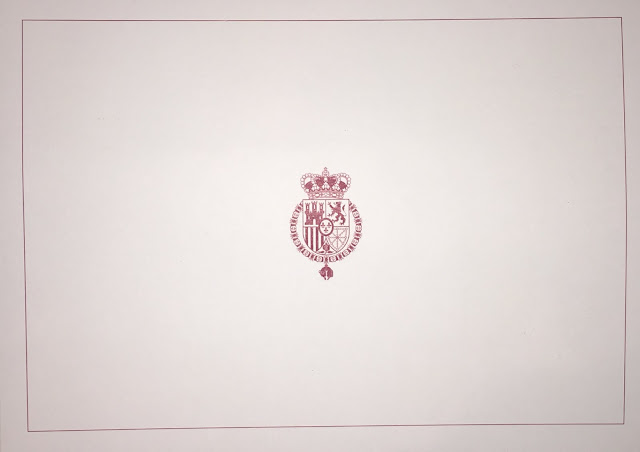 The inside of the card features a lovely photo of the family during a visit to Asturias, Spain in 2018. (L-R: King Felipe, Princess Sofia, Princess Leonor,  Queen Letizia.) Princess Leonor, as heir to the throne, holds the title Princess of Asturias. This was her first official visit to the region. 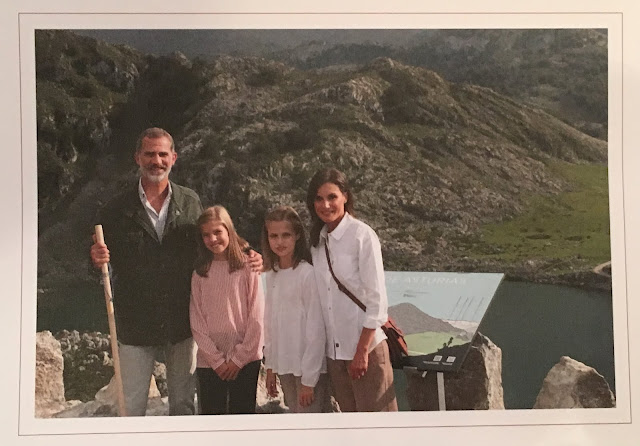 The inside of the card also features a message from the family. The text in black is handwritten, I believe by King Felipe, along with his family's signatures. They would have written the message & signed it once and then it was scanned and printed on all the cards. There is also a version of the card with the handwritten message in Spanish. 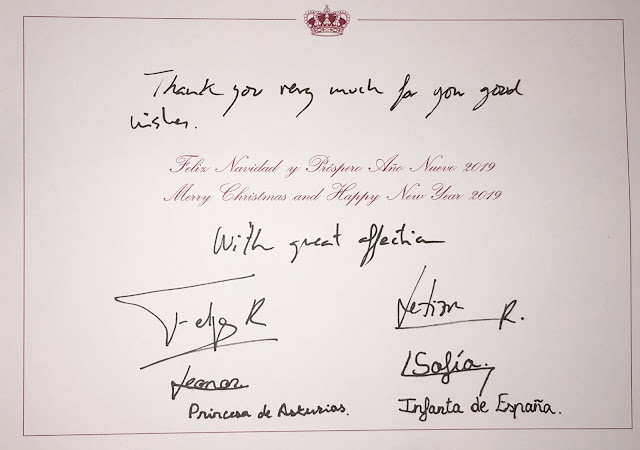 Note: R. is an abbreviation of the Latin word Rex (King) or Regina (Queen)

The back of the card features the couple's joint monogram. 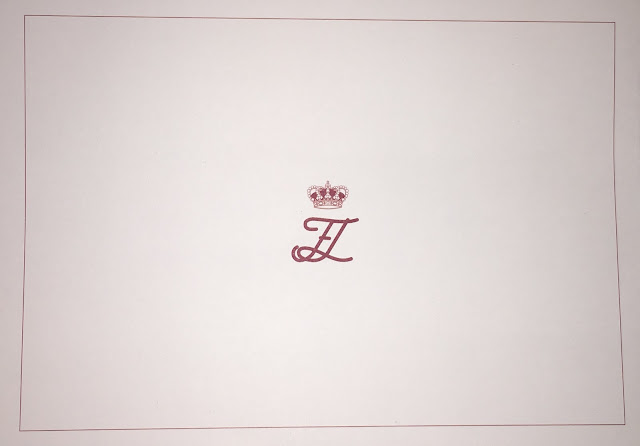 Back to Replies - Main Page
Posted by Gert's Royals at 1:56 PM