A lovely reply arrived today from Luxembourg. I had written to Grand Duke Jean in December to wish him a Merry Christmas. As his birthday is in early January, I also mentioned his birthday in my letter.

The envelope is the usual from the Luxembourg Royals. 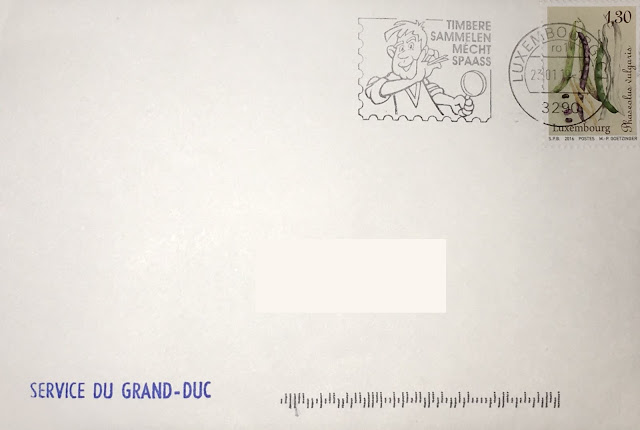 The one big difference between Grand Duke Jean & the rest of the Luxembourg Royals, is his envelopes feature the name of his residence "Château de Fischbach" under the blue crown. 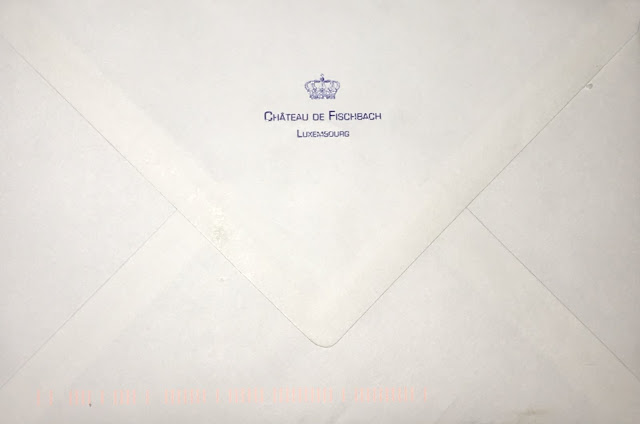 Inside is two cards, one for Christmas & one of the Grand Duke's birthday. The two cards are the same, except for different wording. Last year, when I wrote, I got one card that mentioned both Christmas & Grand Duke Jean's birthday. 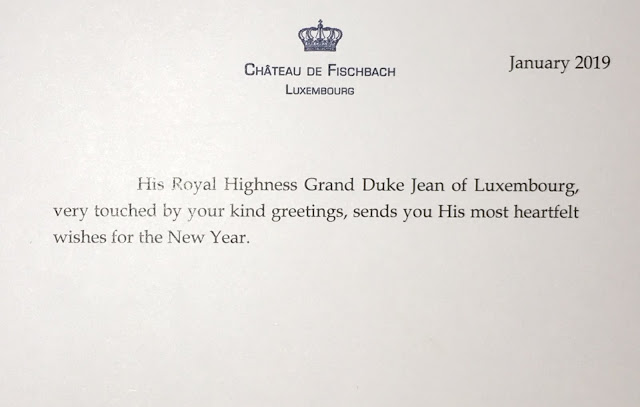 
Luxembourg
January 2019
His Royal Highness Grand Duke Jean of Luxembourg, very touched by your kind greetings, sends you His most heartfelt wishes for the New Year. 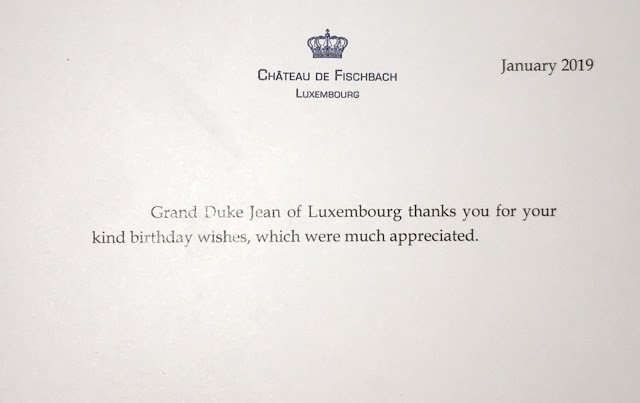 Grand Duke Jean of Luxembourg thanks you for your kind birthday wishes, which were much appreciated.

I rather like that they didn't use the same wording for both cards. It is nice to have some variety in the message. But it is interesting to note that one of the replies includes "His Royal Highness" in the Grand Duke's name and the other doesn't.

Grand Duke Jean's office has always been fairly consistent about the format of their replies. Always the same placement of the crown, date, message. Always the same font, color, size, spacing, alignment, etc. The message is usually worded about the same.

Whereas the rest of the Luxembourg mail is inconsistent. There is no strict template. You will see a lot of differences in cards.

I think the reason, Grand Duke Jean's replies are more consistent, and the others aren't, is because his mail is answered by his staff at Château de Fischbach. Whereas The Grand Duke, Grand Duchess & their children's mail is answered at Palais Grand-Ducal, possibly by a general correspondence office.