A lovely reply arrived today from the UK. I had written to Prince Charles & Duchess Camilla in December for Christmas. Besides my reply from Duchess Sarah, this is my first reply from the British Royals for Christmas 2018.

The envelope is the usual from the British Royals, with the red postmark from the Court Post Office at Buckingham Palace. 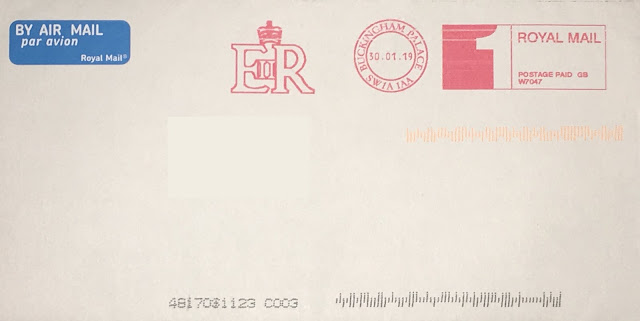 The back of the envelope feature's the Prince of Wales Feathers. 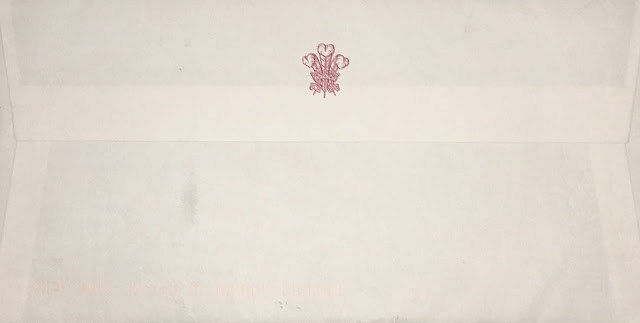 Inside is a photocard and a letter from Claudia Spens.

For most occasions, Clarence House sends out a pre-made, postcard size photocard. This reply is my first with the redesign.

The front looks the same as before and features a photo of the couple at Clarence House as they were leaving for Prince Charle's 70th birthday party. The photo was taken by Chris Jackson, a royal photographer who is particularly close to the Royal Family.

The one difference with the front in the redesign is the photo no longer has a glossy finish. 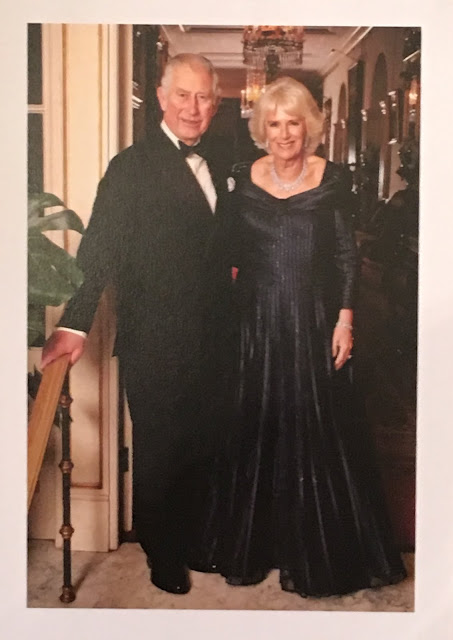 The back of the card features the more noticeable change in the redesign. The card now features the Prince of Wales feathers at the top. The font is also smaller and not italicized. The card is on thinner cardstock that is slightly smaller than before. (More on the Evolution of Charles & Camilla's photocard.)

The thinner paper and lack of glossy front, makes me think this redesign was a cost-cutting measure. Clarence House received 40-80 thousand letters & cards each year. So, a little bit saved on each reply could equal hundreds or thousands of dollars.

We've seen other cost-cutting measures from Clarence House over the years, such as the addition of the white border in 2017 to the postcard size replies. Cards with a white border use 30% less ink (based on the surface area of the couple's 2017 Christmas card). 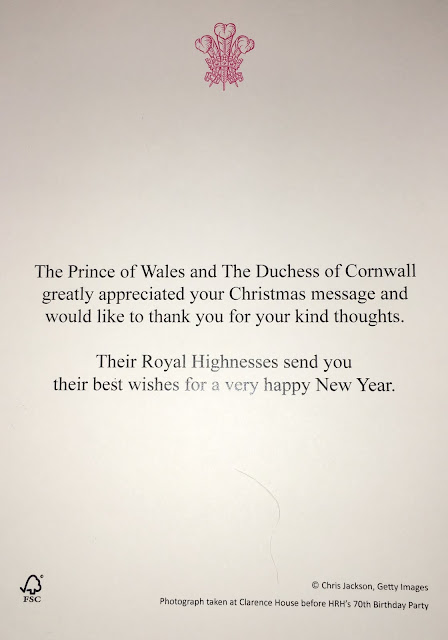 The back of the card reads:

The Prince of Wales and The Duchess of Cornwall greatly appreciated your Christmas message and would like to thank you for your kind thoughts.
Their Royal Highnesses send you their best wishes for a very New Year. 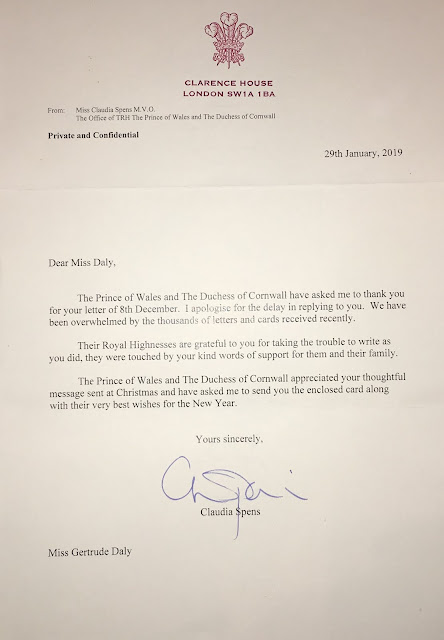 The Prince of Wales and The Duchess of Cornwall have asked me to thank you for your letter of 8th December. I apologise for the delay in replying to you. We have been overwhelmed by the thousands of letters and cards received recently.

Their Royal Highnesses are grateful to you for taking the trouble to write as you did, they were touched by your kind words of support for them and their family.

The Prince of Wales and The Duchess of Cornwall appreciated your thoughtful message sent at Christmas and have asked me to send you the enclosed card along with their very best wishes for the new year.


I know a lot of you are still waiting on replies from Clarence House for a number of events for 2018. they are very, very, very busy. I know they are still working on sending out replies for the Sussex's Wedding and other summer events. I have about 5 replies I'm still waiting on from them. And I think the photocard re-design is part of what caused the delay.

Back to Replies - Main Page
Posted by Gert's Royals at 4:46 PM