A lovely reply arrived yesterday from Luxembourg. I had written to Prince Guillaume & Princess Stéphanie to wish them a Merry Christmas.

The envelope is pretty typical of the Luxembourg Royals. 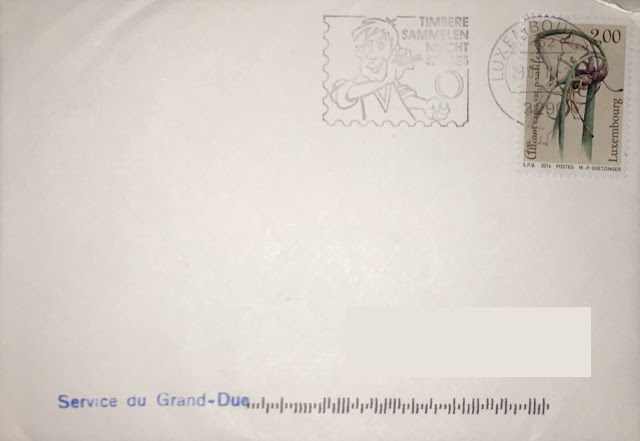 The back of the envelope features the usual blue crown. 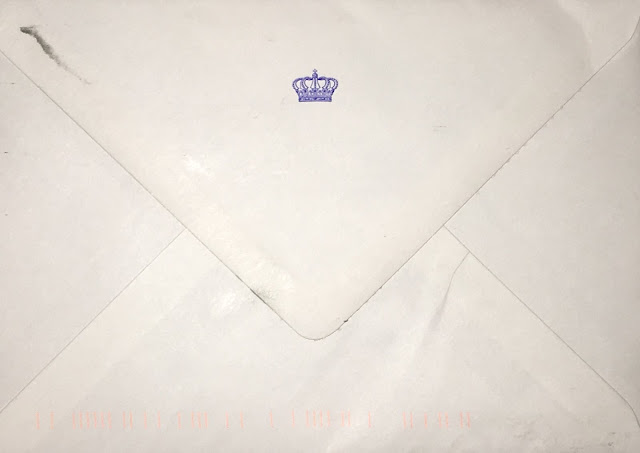 Inside is a handmade Christmas card made by the Foundations Autisme Luxembourg, which Grand Duchess Maria Teresa is patron of. The front features a lovely candle design along with the message "Merry Christmas" in Luxembourgish.

The card is made of heavy cardstock and the design on the front is layered, so the card has a nice weight and texture. 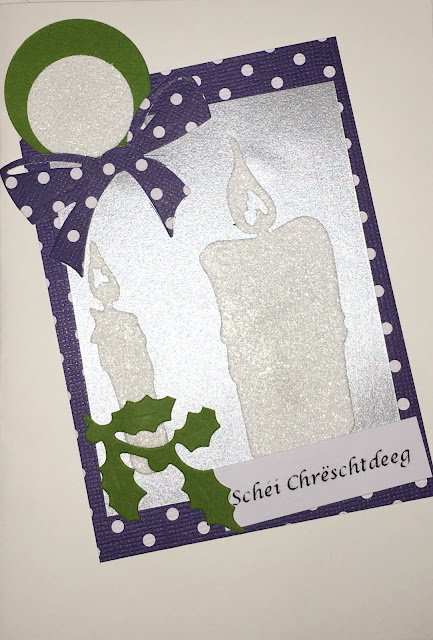 The inside of the card is blank. The charity did this to allow people to write in their own message. Guillaume & Stéphanie instead included an insert, as the layer design on the front of the card would have prevented them from printing their message directly inside the card. 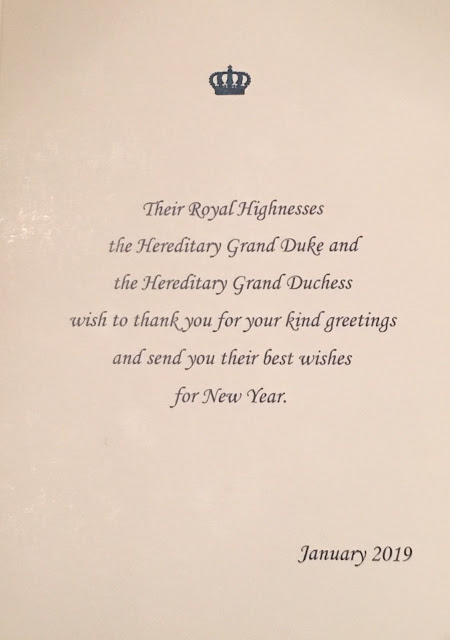 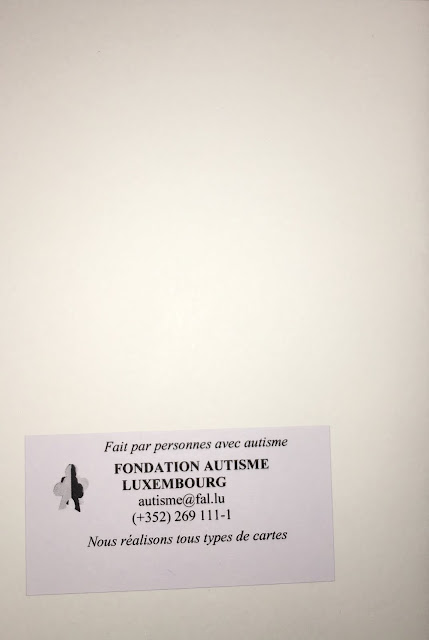 The back of the card is blank, except for a stick from the charity saying:

I've gotten a good number of Christmas Replies so far, but I'm still waiting on about half of them. You can see the ones I've gotten so far for Christmas 2018 here.

Back to Replies - Main Page
Posted by Gert's Royals at 4:53 AM